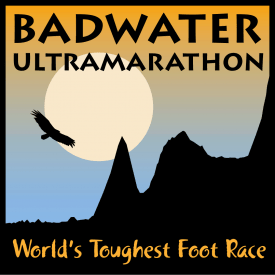 Lone Pine, CA /ENDURANCE SPORTSWIRE/ – On July 11-13, 2022, AdventureCORPS will present its legendary BADWATER® 135 Ultramarathon, the 135-Mile World Championship. Now in its 45th year, this world-renowned event pits up to 100 of the world’s toughest athletes against one another and the elements in a crucible like no other. From below sea level in scorching temperatures to altitudes as high as 8,360 feet (2548m), 95 endurance athletes representing 23 nations plus 28 American states and the Navajo Nation will face off in a grueling 135-mile non-stop running race from Death Valley to Mt. Whitney, CA. Widely recognized as “the world’s toughest foot race,” the invitational Badwater 135 is the most demanding and extreme running race on the planet.

The Badwater 135 is held under permits from – and in close collaboration with – Death Valley National Park, California Department of Transportation, Inyo National Forest, and Inyo County.

AdventureCORPS – on behalf of all competitors and support crews – also gratefully acknowledges that these lands have been lived upon for at least 1000 years by native peoples, including the Timbisha Shoshone and the Lone Pine Paiute-Shoshone tribes who live on the race course today. We honor and share their deep reverence for these lands.

While runners began running the course in the 1970s, the race itself has been part of the fabric of life in Inyo County since 1987. A recent study indicated an annual economic impact of 1.2 million dollars, half of it spent in Death Valley National Park and surrounding gateway communities such as Lone Pine, CA. The race is supported by former U.S. Congressman Col. Paul Cook (Ret.) of California’s 8th District, the Inyo County Board of Supervisors, the Lone Pine Chamber of Commerce, and a wide panorama of businesses and charities which are positively impacted.

The ultimate “challenge of the champions,” the 2022 Badwater 135 features 33 Badwater veterans and 62 rookies: die hard “ultra-runners” who have the necessary running credentials to not only apply for, but be selected, to compete in the race.

There are 32 women and 63 men. The youngest runners are Lindsay Phenix, 31, of Los Angeles, CA, and Iván Penalba Lopez, 31, of Valencia, Spain; both are rookies. The oldest runners are Pamela Chapman-Markle, 66, of SanLeon, TX, and Bob Becker, 77, of Fort Lauderdale, FL; both are many-time finishers. The overall average age is 49.

Every year is a new year at the Badwater 135, with both veterans and rookie athletes impressing everyone with incredible, gutsy performances. With every single runner hungry to go home with the coveted Badwater 135 Official Finisher Belt Buckle – and give their absolute best performance – both known and new stars will shine as the race unfolds.

It is expected that the winners of the 2022 Badwater 135 will finish in near record time for both men’s and women’s divisions. The average finishing time is approximately 40 hours, while the overall time limit is 48 hours. For those who finish in less than forty-eight hours, their reward is the coveted Badwater 135 belt buckle, referred to as “the Holy Grail of Ultra Running.” There is no prize money.

As detailed on the race roster, the race will begin in three waves on Monday evening, July 11. They are assigned according to their predicted finishing time, with the Fast Runners going first, Faster Runners going second, and Fastest Runners (at least on paper) going third.

This year’s race celebrates the 45th anniversary of Al Arnold’s original trek from Badwater Basin to Mt. Whitney in 1977. Arnold, an ultrarunning pioneer, human potential guru, and health club manager, competed in a solo effort: it was just Arnold and his support crew against the elements and the clock. It took him three efforts before he was successful, having first attempted the route in 1974 and then 1975.

Four years later, Jay Birmingham also completed the course, in 1981. The official head-to-head race began ten years after Arnold’s pioneer trek, in 1987, and has been held annually since then without serious incident, fatality, or any citations issued by any branch of law enforcement. (The race was sadly canceled due to COVID-19 in 2020.)

AdventureCORPS brought Al to the race in 2002, the 25th anniversary of his run, and he was treated like a rock star by everyone in attendance. Sadly, we lost our incredible friend Al Arnold when he passed away on September 6, 2017 at the age of 89.  He is sorely missed, but his spirit lives on with each year’s edition of the world’s toughest foot race.

Jay Birmingham, who turns 77 in July, remains very active with the world of Badwater, not only by serving on the Badwater 135 Application Review Committee for more than 15 years, but also as an athlete. He has competed in all of the Badwater races over the past nineteen years.

The first women to complete the course were Jeannie Ennis (USA) and Eleanor Adams (United Kingdom), both of whom competed in the inaugural race in 1987. Ennis was brought to the race as a special guest in 2005 and inducted into the Badwater Hall of Fame.

For more info about Al Arnold, Jay Birmingham, and the original race click these links:

For the duration of the 2022 race, fans can follow the race through a “live” webcast at this link (which will remain archived at that link.)

Follow the 2022 time splits and results at this link.

A stock image gallery – for bona fide media use only – may be accessed at this link, with Photographer Name / Badwater.com attribution required.

For media attending the event in person, download the full 2022 Badwater 135 Press Kit at at this link.

Now in its twenty-third year producing this race, AdventureCORPS is pleased to welcome Joe Nimble Shoes, Pure Vitamin Club, and NSNG Foods as Official Sponsors of Badwater. We also thank the Oasis at Death Valley, Stovepipe Wells Resort, Panamint Springs Resort, and Dow Villa of Lone Pine, the community of Lone Pine, CA, the County of Inyo, the Lone Pine Chamber of Commerce, and other generous companies and individuals who support Badwater 135 each year. More info about our sponsors.

AdventureCORPS also supports the Bald Head Island Conservancy, Death Valley Natural History Association, Conservation Alliance, and One Percent For The Planet. One of the goals of the Badwater 135 is to raise funds for, and awareness of, these organizations. More info. Additionally, many of the race entrants are competing on behalf of a charity of their choice, and these are noted and linked from the race roster.

The Badwater 135 is the final event in the Badwater® Ultra Cup, a three-race series which began with the 51-mile Badwater® Cape Fear in March, continued with the 81-mile Badwater® Salton Sea in late April, and now concludes with the Badwater 135 in July. Those runners who complete all three events in the same calendar year are featured on the Badwater.com website and their virtues are extolled throughout the Internet and in future editions of BADWATER Magazine. In 2014, seven athletes completed the entire Badwater Ultra Cup, nine completed it in 2015, sixteen in 2016, fifteen in 2017, eight in 2018, eleven in 2019, and six in 2021. Seven 2022 Badwater 135 runners have already completed both Badwater Cape Fear and Badwater Salton Sea, and will now attempt the final – and most difficult – leg of this epic, three-event series.

Download the July 2022 issue of BADWATER Magazine at this link (coming soon.)

Oak Park, CA-based AdventureCORPS®, Inc. has made its name producing the world’s toughest endurance races in dramatic, remote locations that few people would ever visit, let alone run or bike across. Held under the Badwater® banner, these events have allowed runners and bicyclists to explore the Death Valley, Salton Sea, Cape Fear, Mojave Desert, and the Nevada outback regions in the USA, as well as the Okanagan Valley of British Columbia, Mustang region of Nepal, Yunan Province of China, and now in the Republic of Armenia.

AdventureCORPS®, Inc. owns and represents BADWATER®, “The World’s Toughest Brand, Gear, and Races.” As a brand, BADWATER represents digging deep and going farther; it is the lifestyle brand for all who push their limits while exploring the outer and inner universes.

Badwater® is a federally registered trademark owned by AdventureCORPS, Inc.

View all Releases by AdventureCORPS, Inc.