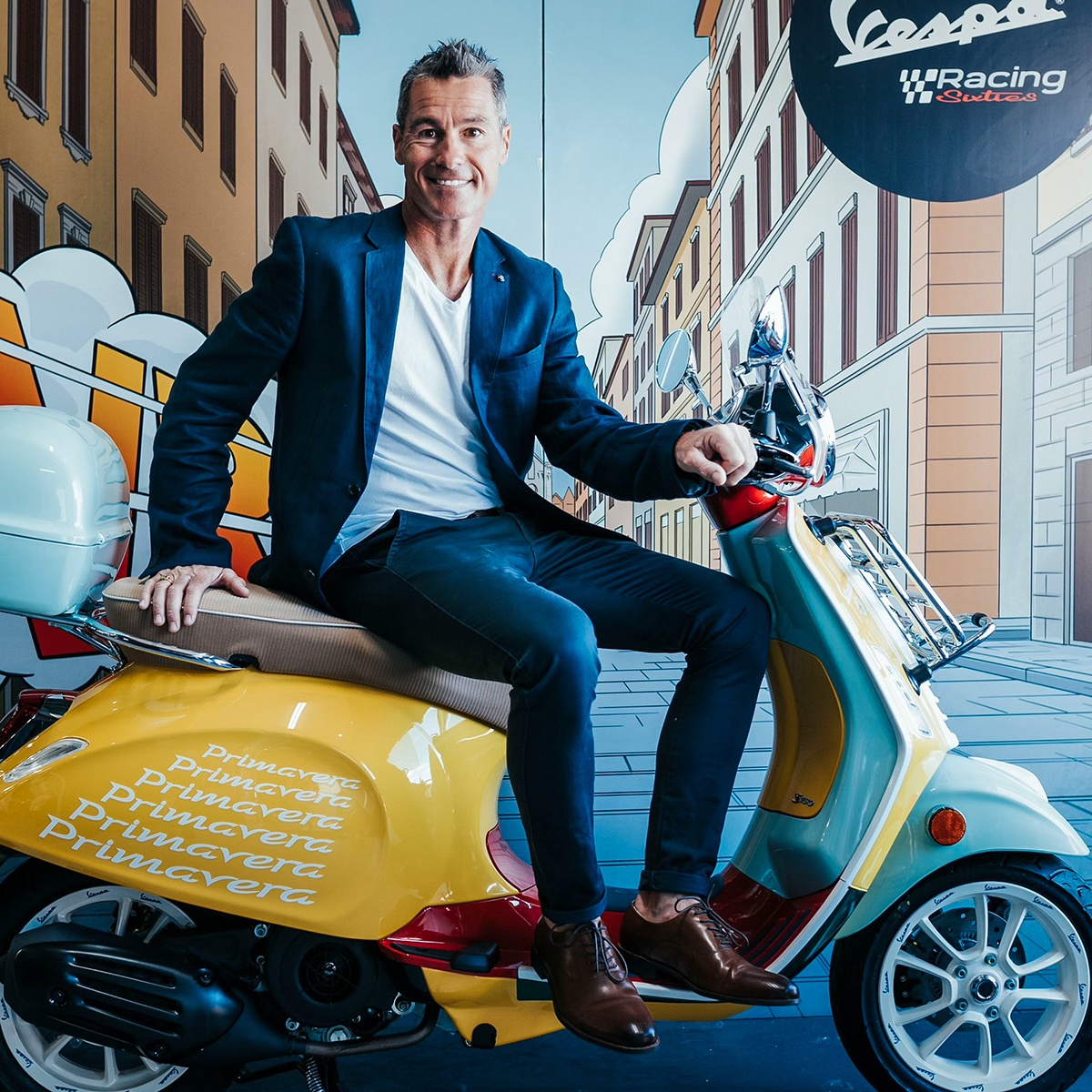 Slated to include 12 of the world’s most accomplished and charismatic pro triathletes by the end of 2021, the Vespa Triathlon Team will make its debut at the CHALLENGE Distance Pro Race on Friday, March 12, 2021.

The Vespa Professional Triathlon Team was created to celebrate the traits shared between Vespa and the sport of triathlon. Notably, both are known for their commitment to high performance and cutting edge style.

“We’re thrilled to bring a classic brand like Vespa to the sport of triathlon,” said team founder Craig Alexander.  “Despite the challenges of 2020 due to the pandemic, Vespa remained focused on creating a program that touches all levels of triathlon. While we’re launching the campaign in partnership with some of the best professionals in our sport, we’ll soon be announcing other initiatives designed to improve the multisport experience for triathletes at all levels.”

Four pros will represent the Vespa Professional Triathlon Team for the first time at this Friday’s CHALLENGE Distance Pro Race, which takes place entirely within the grounds of the Homestead-Miami Motorsports Speedway.  They include:

One of triathlon’s top swimmers, Lucy has been runner-up at the Hawaii Ironman World Championships 3 times.  She’s also a 3x winner of the Challenge Championship, 2x Ironman African Champion, and winner of Challenge Roth in 2019…. among many others.

Heather is the American Ironman record holder. She has placed in the top 5 in Kona 4 times, including winning the bronze in 2016.  Heather has also medaled twice at the Ironman 70.3 World Championships (3rd in 2012 and 2nd in 2013). She has won countless full-distance and half-distance races.

* Current world rankings as calculated by the Professional Triathletes Organization

“For most of my career, I rode a Vespa scooter to get to and from training, especially when we lived in Boulder, CO.  I also relied on it for my motor-paced bike sessions.  At larger events like the Hawaii Ironman, it was the only way to get around,” reflected Alexander.  “That’s why it’s especially satisfying to have gone full-circle and to be working with Vespa on this exciting project that will significantly contribute to the sport we love.”

Vespa is the eponymous Italian brand of scooter manufactured by Piaggio & Co. S.p.A, best loved for its innovative designs and agile performance. The name means “wasp” in Italian. The Vespa has evolved from a single model of motor scooter manufactured in 1946 to a full line of internal combustion and electric scooters sold worldwide today.

If you’re interested in learning more about the team, why not book an online interview with its founder Craig Alexander to hear firsthand the strategy behind the campaign? To request your 15-minute call with Crowie, please contact:

View all Releases by rklingensmith