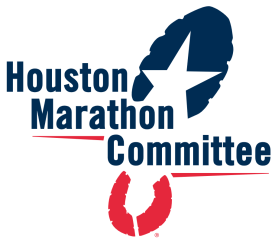 HOUSTON – January 4, 2023 /ENDURANCE SPORTSWIRE/ – The 51st Chevron Houston Marathon women’s race will feature a national record chase, the return of a defending champion and athletes from around the world hoping to run national or Olympic qualifying standards. The men’s field is one of the fastest in race history featuring six men with personal bests of 2:08 or faster.

“After setting two new American Records and two course records last year for our 50th anniversary, we look excitedly to the start of our next 50 years,” said Wade Morehead, Executive Director of the Houston Marathon Committee. “We are seeing more runners across the globe travel to Houston with the intention of setting records on our flat, fast, and fun courses.”

The women’s field is led by Hitomi Niiya, one of the most decorated distance runners in Japanese history. Niiya, a two-time Olympian, set the Japanese half marathon record when she won the 2020 Aramco Houston Half Marathon. This year she will try to make history again as her recent marathon personal best of 2:21:17 is just two minutes shy of the Japanese marathon record of 2:19:12, which is coincidentally the Chevron Houston Marathon course record set by Keira D’Amato in 2022.

The next fastest runner in the field is Sintayehu Lewetegn (2:22:36) of Ethiopia. Lewetegn is seeking her first ever victory in her North American debut.

Top Americans in the field include Tristan Van Ord and Maegan Krifchin. The Paris 2024 Olympic standard of 2:26:50 is in reach for both runners. Van Ord and Krifchin had career years in 2022 with Van Ord running 2:29:32 in Rotterdam last spring and Krifchin turning heads by running three marathons in four weeks in the fall. Her last, the California International Marathon on December 3, ended in a personal best time of 2:29:21.

Maegan Krifchin, said, “I am having a lot of fun right now, so I figure ‘why not keep it going?’ I feel really strong, and Houston is fast. I am curious to see if I can make something happen.”

James Ngandu of Kenya returns to defend his title in the men’s race. Last year, Ngandu, moved to the front in the final two miles to win his debut marathon by just eight seconds.

“I am ready to go,“ said Ngandu. “My mind and my soul are fired up and I am waiting for the start gun.”

C.J. Albertson leads a group of men looking to become the first American man to win the race since 2005. Albertson, the world record holder in the 50K, said if the pace is right, he will be in the lead pack.

Other top American contenders include Teshome Mekonen, a 1:00:02 half marathoner who became a U.S. citizen in November, Parker Stinson and Tyler Pennel.

The HMC is the only organizer to host two World Athletic Gold Label events simultaneously, which are the Chevron Houston Marathon and Aramco Houston Half Marathon, held on Jan. 15, 2023. These two races will have over 27,000 registrants, with an additional 6,000 registrants in the We Are Houston 5K presented by Aramco and Chevron, held on Jan. 14, 2023.

The Aramco Houston Half Marathon and Chevron Houston Marathon will be broadcast on ABC13 from 7 a.m.-10 a.m., on Sunday, Jan. 15, 2023 with a race day recap at 10:35 p.m. Joining ABC13’s Greg Bailey and Gina Gaston as expert commentator will be Des Linden, the 2018 Boston Marathon winner and 50K world-record holder. Linden made the first of her two U.S. Olympic Marathon teams in Houston in 2012. The trio will be joined by long-time analyst and Rice University cross country coach Jon Warren.

About Houston Marathon Committee, Inc. (HMC), founded in 1972, the HMC is a founding member of Running USA and organizes the nation’s premier winter marathon, half marathon and 5K hosting over 300,000 participants, volunteers, and spectators on race day. Recognized by World Athletics, the Gold Label Chevron Houston Marathon has been the race site for three U.S. Olympic Trials Marathons. The Gold Label Aramco Houston Half Marathon has hosted 16 U.S. Half Marathon Championships. The HMC received Gold Certification from the Council for Responsible Sport from 2011 to 2020, and the event garnered the 2015 AIMS Green Award for industry leading sustainability initiatives. Race weekend generates over $50 million in economic impact for the region annually and has raised $35 million through the Run for a Reason Charity Program since its inception in 1995. The event is broadcast live on ABC13 and syndicated nationally and internationally on ESPN3.

View all Releases by Houston Marathon