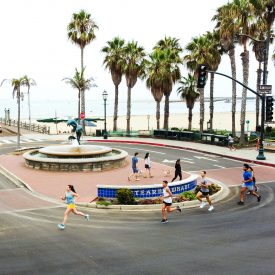 The Sunday, November 7 event will start participants along the waterfront’s Cabrillo Blvd before winding through downtown and a one-of-a-kind fast, downhill finish on State Street; Biergarten Packet Pick-Up experience to kick off weekend

SANTA BARBARA, Calif. – (September 22, 2021) /ENDURANCE SPORTSWIRE/ — The Santa Barbara Half Marathon and SB Independent 5K has unveiled the course maps, presented by Village Properties, that will take runners and walkers on a unique journey through downtown Santa Barbara beginning on Cabrillo Blvd. and finishing on State Street. Participants will also kick-off the event weekend in the Funk Zone with participant packet pick-up at the new Biergarten, where families will enjoy a special 13.1% discount on all food and beverage.

The 13.1 mile Half Marathon as well as the 3.1 mile SB Independent 5K courses will highlight two world-renowned roads on the American Riviera. Participants will start along Santa Barbara’s spectacular Cabrillo Blvd on the waterfront before winding through downtown and around local landmarks Alice Keck Park Memorial Garden and Kids World at Alameda Park. To cap off the journey, you’ll descend down State Street for a one-of-a-kind fast Half Marathon and 5K finish.

With clear air & closed roads, whether participants are looking for their next Strava segment trophy or simply enjoying a good sweat, they’ll enjoy the best in the west.

“We wanted to create a unique course highlighting much more than just the incredible waterfront,” commented Run Local’s Marketing Director and Santa Barbara resident David Monico. “As you spend more time here you get to know all the unique neighborhoods and businesses such as those in the Funk Zone, where many of the weekend festivities will take place or those along the course such as State Street’s Theatre District which you’ll fly past on your descent to the finish.”

Kicking off the weekend will be Friday and Saturday packet pick-up at Biergarten in the Funk Zone, one of Santa Barbara’s newest bars and restaurants. With your bib, participants will enjoy a 13.1% discount on their entire order and Locals who have Axxess cards, may also use their special 2-for-1 deal on food paired alongside the discount!

The event, in partnership with the Santa Barbara Running Association’s (SBRA) has also made the Kids Fun Run free to all youth 0 – 7 years old. The fun run will take place after the Half Marathon & 5K and range in distances between 200m and half a mile.

The Santa Barbara Half Marathon is also a part of SBRA’s Grand Prix and the SB Independent 5K is a Junior Grand Prix event.

To register and learn more about the Santa Barbara Half Marathon, visit: www.santabarbarahalf.com

About Run Local®
Our mission is to support local communities through the power of running. Since 2012, Run Local has locally produced events celebrating runners, artists and the unique diversity of each region. Its annual Series of events includes the San Jose 408K Race to the Row, San Jose Shamrock Run 5K & 10K, Silicon Valley Half, Across the Bay 12K & 5K, the Salomon East Bay 510K – 5K & 10K as well as the virtual California Coast 500 and California Challenge.

About the SBRA
The Santa Barbara Running Association, former Athletic Association, has been promoting and supporting the Santa Barbara running community since 1948 with a vision to spread the joy of running. Sponsoring first-class races and special events, we bring the running community together by celebrating local athlete’s achievements and development from beginner level through elite. We encourage everyone to become involved with what running has to offer while giving back to, and enhancing, Santa Barbara as a whole.

With a mission to seek, engage and support the next generation of runners we are also partnering with local youth organizations to provide young runners with shoes and equipment they need to ensure that economic need was not a barrier to their ability to begin a lifelong love of running and healthy lifestyle. 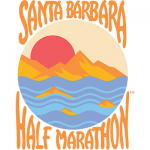 View all Releases by J.T. Service