Categories Revealed For First Ever GTAs Celebrating The Best In Triathlon

24th October London, UK /ENDURANCE SPORTSWIRE/ – Nominations are set to open for the first Global Triathlon Awards as the categories are today revealed for the first time.

The event, to be held at Palais de la Mediterranee in Nice, France, on a revised date of Friday, 20th January 2023, is being supported by major event organisers including World Triathlon, Super League Triathlon & Professional Triathlete’s Organisation, alongside fantastic headline partners France’s Department 06 & cycling specialist Ekoi who will all present awards on stage.

There will be awards for Best Male and Best Female Triathletes, to include Para Triathletes, as well as Rookie of the Year, whilst the exclusive new ‘Lifetime Kudos Awards’ will recognise those who have made outstanding contributions to the sport.

In addition, the brands and contributors that help make the sport will also be celebrated with a range of categories to ensure their considerable contribution is properly recognised.

The GTA’s are free to enter, and open to the triathlon community globally. The shortlist of nominees will be published on the GTA’s website & socials on Thursday, 24th November, with the final winners revealed at the spectacular ceremony itself in Nice, France.

The full list of categories for the first Global Triathlon Awards are:

Tables & tickets for the event, with the chance to mix with the organisers and stars of the sport, will go on sale tomorrow Tuesday, 25 October, which can be purchased via: https://globaltriawards.com 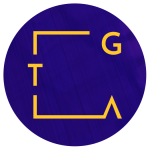 Nike, Lego, SAP, Visa: Why these brands are sector-leaders in sporting impact