The True Stories From The 1989 Ironman®

Hood River, OR – Wednesday, September 19, 2019. In recognition of the 30th anniversary of the historic race between Dave Scott and Mark Allen at the 1989 Ironman, Dave and Mark have collaborated on a series of ten stories with a new story released every Thursday morning at https://1989thestory.com.

“Scott Zagarino, who is a close friend and my business partner, approached me with an idea a few months ago that was absolute brilliance. He said that there were so many untold stories leading up to the epic battle between me and Dave Scott in 1989 that no one had ever heard publicly. In fact, he commented that we both had to go through so many challenges in 1989 that it was a race that almost never happened, but it did! Scott proposed that the three of us collaborate on putting together the untold stories surrounding the 1989 Ironman World Championship. We all agreed to work on this together partially to tell those stories, but even more importantly to share a cornerstone of triathlon legacy to serve as inspiration for generations to come,” said Mark Allen.

“Thirty years ago, at the Ironman World Championships, Mark Allen and I had an epic battle on the Kona Lava Fields. Most folks know the peripheral story through someone’s interpretation, but no one knows the details of each of our lives in the yearlong buildup for this race.  For the first time Mark and I divulge the struggles and conquests during the year – well before the race unfolded.  The final sequences are about the race and no one knows the details about what really happened except the two of us,” added Dave Scott.

Dave Scott is the first Six-Time Ironman Triathlon  World Champion (1980, 1982, 1983, 1984, 1986, and 1987).  A progenitor of the sport, in 1993, Scott was the first person ever inducted in the Ironman Hall of Fame. He is known by the nickname “The Man” for his intense training regimens and his unrelenting race performances that created a record number of wins. In 1994, at age 40, he won second place at the Hawaii Ironman World Championship, very nearly winning for a record-breaking seventh time.  In 1996 at age 42, he returned again to place 5th, running the marathon in 2:45. Scott is currently the founder and Head Coach at Dave Scott Inc in Boulder, Colorado

Mark Allen is the 6x IRONMAN Triathlon World Champion, and the first winner of the ITU Olympic Distance World Championship. Over the course of his racing career he maintained a 90% average in top-three finishes and won an unprecedented twenty-one straight multi-sport events over all distances and disciplines. He was named Triathlete of the Year six times by Triathlete Magazine, and Outside magazine dubbed him “The World’s Fittest Man.” Allen was inducted into the Ironman Triathlon Hall of Fame, the USAT Hall of Fame and the ITU Hall of Fame. Recently he was voted “The Greatest American Triathlete Of All Time” in a poll conducted by the IRONMAN organization, as well as “The Greatest Endurance Athlete Of All Time” in a poll conducted by ESPN.

Scott Zagarino is the founder of the Scott Zagarino Agency. Scott is a former Vice President of the USAT Board of Directors, founding member of the International Triathlon Union, and served as the athlete’s representative to that body for two terms.

He created CS Sports Marketing in 1986 and over the 15-years he ran the company created more than $10 million in endurance sports sponsorships and partnerships. After spending 8-years consulting to nonprofits on sports fundraising he returned to endurance sports marketing and services with the Scott Zagarino Agency which serves sponsors, event organizers and athletes throughout the world of endurance sports. He is also the creator of The Greatest Race Ever Run-The True Stories From The 1989 Ironman. 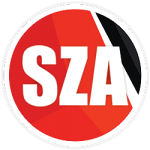 View all Releases by Scott Zagarino