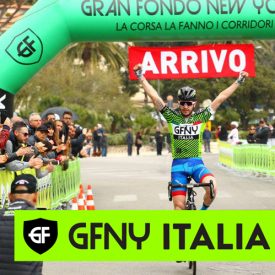 “It’s been an amazing week here in Italy,” said GFNY CEO Uli Fluhme. “Before the Stage Race we held a 5-day camp where we enjoyed the beautiful spring weather here together with a fun group to ride on stunning roads. The Stage Race itself was such a unique challenge. We all had to convince our legs that it’s a great idea to race a 132km granfondo with 2000m of climbing after already competing for two days. It gave us amateurs a glimpse into what the pros go through.”

Next up on the GFNY Calendar is the inaugural GFNY Latin America Championship this Sunday March 26 held at the 2nd annual GFNY Mexico City. The next GFNY Stage Race will be held September 29 to October 1 at GFNY Provence. Riders await three days of granfondo racing, including a climb onto Mont Ventoux.