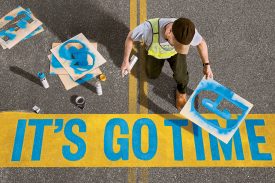 As the official hotel provider, Marathon Tours & Travel rates on average are 15-40% lower than online rates.

Boston, MA (May 8, 2018) – Marathon Tours & Travel (MTT), the official hotel provider for the Boston Marathon, has opened hotel reservations for the 2019 Boston Marathon.  MTT’s relationship began in the mid-1980’s with the Boston Athletic Association (B.A.A.) that has managed and organized the Boston Marathon since the event’s inception in 1897. Boston Marathon Hotel Rooms can be booked online here (http://www.marathontours.com/races/boston-marathon-384) or by calling 617.242.7845 from Monday through Friday, 9:00 AM – 5:00 PM ET.

“We are dedicated to simplifying hotel selections for all visitors to Boston for the Marathon Weekend by offering the lowest rates at a wide selection of hotels in Boston and the surrounding areas,” stated Thom Gilligan, CEO and Founder of MTT. “We encourage runners and their families to book their hotel room now, as the best located hotels go quickly.”

MTT, offers more than 40 hotels throughout the Boston metropolitan area.  Rates on average are 15-40% lower than online rates.  A limited number of spaces are also available for Marathon Tours & Travel VIP Package, which will open in mid-June.  This package offers special features to enhance the runner’s Boston Marathon weekend experience. MTT also organizes the official Boston Marathon Course Tour, which gives participants a birds-eye view of what they will be running on Marathon Monday.

The 123rd Boston Marathon will take place on April 15, 2019 and is the world’s oldest consecutively run marathon. This year, the race had 26,948 participants start the race with 7,100 runners traveling from 98 countries outside the U.S.  The estimated economic impact in the Great Boston region was more than $200 million according to the Greater Boston Convention & Visitors Bureau.

Gilligan, born and raised in the Boston area, has run the Boston Marathon 23 times.  His first official Boston was in 1978 right before starting Marathon Tours & Travel, which will soon be celebrating 40 years of helping runners explore the world one step at a time.

About Marathon Tours & Travel (MTT)
Founded in 1979, Marathon Tours & Travel (MTT) was the first global company to specialize in travel services specifically for runners. Located in Boston, the home of the world’s oldest marathon, MTT is the official North American travel agency for many of the world’s most popular running events including the BAA Boston Marathon, Virgin London Marathon and many others.

In 1995 MTT created the Antarctica Marathon & Half-Marathon, which generated a new genre of adventure runs. The Antarctica events enabled runners to set and reach the once unthinkable goal of finishing a marathon or half-marathon on all seven continents. Pursuantly, the Seven Continents Club was formed to recognize these runners and to offer special VIP services to international globetrotting distance runners. More information can be found on www.marathontours.com. 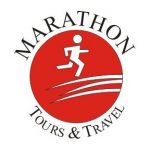 View all Releases by marathontours